Diana is originally from Belton, Missouri. Diana graduated from Heartland Academy in 2011.

In her free time, Diana enjoys spending time with her husband, her daughters, and her friends. She also enjoys photography and super-hero movies. 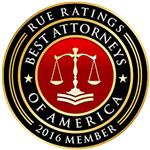